While I probably would have appreciated the series more if I had read them in middle school, I can say that I am now a fan now that I have officially finished reading all the Harry Potter books.

Someone I once knew said that they would give anything to experience the books for the first time again. That gave me the idea to share my thoughts of my first time, so the Gryffindor in me is fearlessly sharing my thoughts on the second half of the series.

If you haven’t read my thoughts on the first half yet, you can check it out here before coming back to this post. Or, if you don’t care, keep reading.

Harry Potter and the Order of the Phoenix

Sirius Black is dead, which is a soul-crushing thing. For me, Sirius represented hope for Harry. Harry never knew his family, or his parents, or had a place that he felt welcome until Sirius. Now, Sirius is dead, and a part of me feels like the rest of the series is overshadowed by a bleak sense of hope. 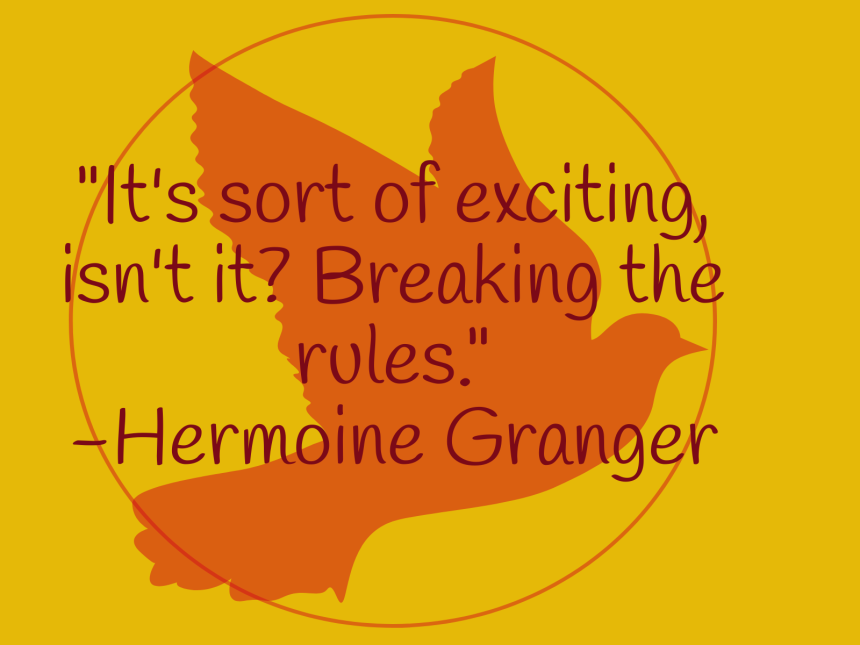 Also, I don’t think that there is a villain that I have despised more than Dolores Umbridge. In my mind, I picture her as a toad in purple robes, and I feel that–excuse my language– bitch is too nice a word for her. There probably no words that would truly encapsulate the horrible being that she is.

Harry Potter and the Half-Blood Prince

Before I even opened this book, I had a feeling that Dumbledore would die. Maybe someone spoiled it for me at some point, or maybe it was pure intuition, but I can’t say that I was surprised that it happened.

What I was surprised by was the fact that he died at Snape’s hand. I think that even though he has a very annoying attitude towards Harry, there’s still a part of me that trusted Dumbledore’s judgment, and a part of me that actually really feels for Snape.

On the other hand, I don’t think I have much empathy for Draco Malfoy. With Snape, I can see why he’s so ticked. Draco is a turd for the sake of being a turd. At least, it seems that way. He did hesitate. I was more expecting him to make Dumbledore vulnerable, then Voldermort would show up, and it would all be a gleeful accident. 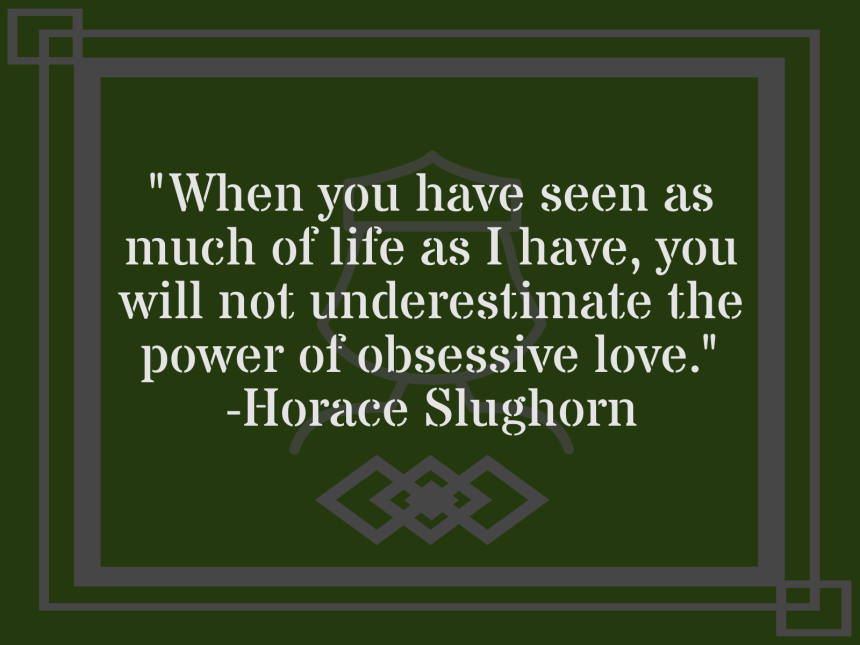 Harry Potter and the Deathly Hallows

This might be an unpopular opinion, but I am not in love with this ending.

It’s not because it didn’t meet my expectations, because I definitely expected Harry to defeat Voldemort, and the way it played out definitely kept me turning the pages. For me, it’s unsatisfying because J.K. Rowling has tried to use the epilogue as a bow to wrap up this present that hardly fit in the box. The box has exploded, and as a reader, it was just unsatisfying for me to finish.

In my opinion, instead of fast forwarding nineteen years, she should’ve shot for something earlier. What do things look like in a year, three years, even five? There were so many things with so much potential she could’ve mentioned, and the finish isn’t there. I want to see how the Weasley’s first Christmas is without Fred, or how the Magic of Ministry pulled together their act, or show me Luna Lovegood reuniting with her father.

The epilogue should have answered some of these questions, but instead, it reinforces what we already know. Harry Potter survives, Harry and Ginny end up together, and Ron and Hermoine are together. I gotta say, that last pair makes me wonder how they lasted nineteen years without a hitch, but that’s another long rant not for this post. Another rant I could go on is that all the deaths in this book tore me apart. Dobby, Fred, Hedwig, Lupin and Snape. The list could go on, but those names stand out in my mind. “Always,” will now have a different meaning because of Snape. Always.

This series has put me through an emotional roller coaster, and some how, I’m at that point were I can’t believe that it is all over. Luckily, I still have all the movies to go through, and then I can explore Hogsmeade at Universal, and then I can check Harry Potter off of my bucket list.

Are you a Harry Potter fan? What are some of your thoughts and opinions on the series, books or movies? Do you agree or disagree with any of my thoughts? I would love to hear your feedback in the comments if you would like to share.

2 replies to Harry Potter and My Reading Diaries: Part II